From the field to the studio...

﻿
﻿﻿ ﻿﻿﻿﻿﻿﻿﻿﻿﻿﻿﻿﻿﻿My love of history and art mesh as one when it comes to plein air painting, especially early American plein air painting history as exercised through the Hudson River School. The Hudson River School wasn't a school but an art movement during the mid-19th century embodied by a group of landscape painters whose aesthetic vision was influenced by romanticism. The paintings for which the movement is named depict the Hudson River Valley and the surrounding area, including the Catskill, Adirondack, and the White Mountains; eventually works by the second generation of artists associated with the school expanded to include other locales. Hudson River School paintings reflect three themes of America in the 19th century: discovery, exploration, and settlement. The paintings also depict the American landscape as a pastoral setting, where human beings and nature coexist peacefully. Hudson River School landscapes are characterized by their realistic, detailed, and sometimes idealized portrayal of nature. ﻿ ﻿
﻿﻿The artist Thomas Cole is generally acknowledged as the founder of the Hudson River School. Cole took a steamship up the Hudson in the autumn of 1825, the same year the Erie Canal opened, stopping first at West Point, then at Catskill landing where he ventured west high up into the eastern Catskill Mountains of New York State to paint the first landscapes of the area. The first review of his work appeared in the New York Evening Post on November 22, 1825

Cole's close friend, Asher Durand, became a prominent figure in the school as well. With the advent of photography, the need for realistic renderings gave way to the sublime as landscapes took on a more spiritual feel. There was no need to capture what a scene looked like, photography could do that, more emphasis was put on the mood, light, and feeling the artist gained from the scene and being in nature. This was the goal of the second generation Hudson River School painters (my favorites) like Frederic Church, John Kensett, and Sanford Gifford.
﻿
﻿In gathering the visual data for their paintings, these artists would travel to rather extraordinary and extreme environments, the likes of which would not permit the act of painting in some cases. During these expeditions, plein air sketches and memories would be recorded and the paintings would be rendered later, upon the artists' safe return home. They would do their finished works in the studio from their sketches.
﻿﻿

I recently returned from my own painting expedition in the beautiful Blue Ridge Mountains of North Carolina in September. I was accompanied on this journey with two of my artist friends, Mitchell Morton and Stephen Greer. The three of us and several other plein air artists had the pleasure of studying at the Florence Thomas Art School under the master artist, Tony Griffin.
A blog post a mile long could be wrote about Tony concerning his art training, his artwork, and his workshop but I'll save that for another day. Of all the gems I brought home from his workshop the greatest was this... to capture the essence of the scene! With Tony's guidance I learned to simplify... before his workshop, I was putting too much emphasis on getting a finished painting. Tony taught me that plein air painting is a a gathering of color notes, a simplified composition, and a spiritual experience. I can still hear him saying... "Observe, Mix, and Apply" while I work at my easel. Thanks Tony!﻿﻿﻿﻿﻿﻿
﻿
﻿
Taking what I have learned from Tony Griffin and the Hudson River painters I now use my plein air pieces as studies for studio works. I am not so concerned about getting a finished painting in the field anymore.﻿ Below is one of the plein air paintings I did during the workshop. The scene is set along the New River in one of Tony's hidden spots.
﻿﻿
﻿﻿Below is the finished studio piece worked from the above sketch with the exercise of a little artistic license.
﻿﻿﻿
﻿﻿﻿﻿﻿

Thanks for dropping by... would love to hear your comments.
Bernie

Bernie,
Your painting is beautiful - we hope to see you again this year at Florence Art School.


Invest in a painting by Bernie Rosage Jr.

Ever wonder what goes on in the mind of an artist? Here's your chance...
Bernie's Ramblings

What Art Patrons are saying about Bernie's artwork 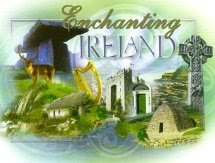